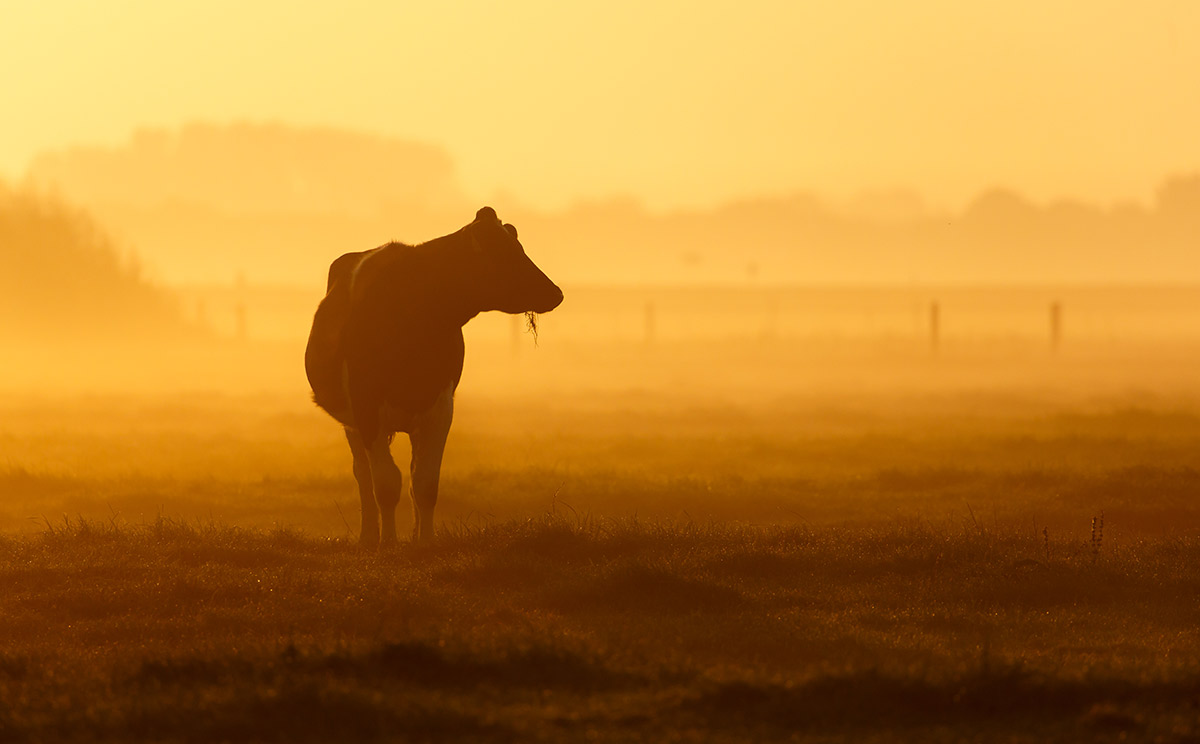 Cattle breeding even more damaging to the climate than car traffic

Factory farming and industrial abattoirs are ideal breeding grounds for germs of all kinds; it is no coincidence that they play such a major role in the corona crisis. Moreover, high meat consumption has been completely unethical for decades: about one eighth of humanity is threatened by starvation, while the wealthiest eighth claims over 80% of all cultivated land in the world to satiate its desire for animal meat. This article deals with land grabbing and the enormous climate damage caused by intensive animal husbandry.

At first glance, transport appears to be the bigger source of GHG emissions – for example, about 29% in the USA, and 26% in the UK,[1] while agriculture is usually listed at under 10% or a maximum of 14%. Hence, many people disregard it as a ridiculous idea that cattle should be a significant climate factor at all. Transportation emissions are a multiple of those from livestock, or are they?

Such numbers may describe the situation in industrial countries, whose agricultural sector is deceptively underrepresented in the GHG discussion because of their high net imports of food and feed. Europe in particular has long outgrown its physical carrying capacity and for a large part lives on agricultural imports. Not even half of the total agricultural and forestry output that Europe consumes or exports is produced on land located within Europe: 53% of European land use is being virtually imported, mainly from Brazil, Russia, and China.[2] To tackle the global ecological crisis we cannot stop at national datasets. In the planetary flux of substances there are no national borders. Hence we need to look at global, not national data. Because the “rest” of the world drives fewer cars but grows more food and animal feed than the industrialized countries (but also for them), the global balance is quite different to that of industrial nations.

The next major misconception is that in many statistics and graphs, the sector “change of land use” is attributed to forestry, which, however, requires comparatively little (fossil) energy. “Change of land use” largely is a euphemism for the destruction of forest and other natural areas (usually by fire) and their subsequent conversion for the agricultural industry, mainly into pastures or monocultures for animal feed or palm oil. The consequent integration of Change of Land Use into the agricultural sector of GHG emissions shifts the proportions significantly.*

And the climate damage of burning forests is not just the carbon released by the fire, but the carbon which the trees won’t absorb in the following years because they have been replaced by pasture, soy fields or palm oil plantations. Plus: Burning forests are a major source of nitrous oxide, a GHG around 300 times more potent than CO2. If tropical rainforest loss was a country it would rank third in global GHG emissions, after China and the US, in other words: tropical rainforest destruction produces more GHG emissions than the burning of fossil fuel in all of Europe.[4] This increases the responsibility for agriculture and livestock significantly.

The third widespread misconception is to focus on CO2 alone. This greenwashes cows because cars undoubtedly emit more CO2, and less methane. Only a quarter of the GHG emissions from livestock are CO2.
Total global CO2 emissions: about 36 Gt = billion metric tons (in 2016, [5] and 37.2 Gt in 2019) [5]

But the total GHG emissions need to include the other gases that accelerate global heating, namely methane and nitrous oxide. They are calculated in carbon dioxide equivalent (CO2e):
total global GHG emissions: 49.4 Gt CO2e (2016) [6]

What even the UN Food & Agriculture Organisation (FAO) doesn’t seem to account for in this calculation is GHG from soil degradation. The soils of the world are also a huge carbon reserve, the top metre alone contains three times as much carbon as the entire atmosphere. But due to soil degradation caused by farming practices, 133 Gt of carbon have been lost from the top two metres of the world’s soil since the dawn of agriculture. This figure is known as the total “soil carbon debt”, and represents a mean loss of 8% of the original carbon reserve, according to research published in the Proceedings of the National Academy of Sciences.[7] Some of this carbon lost through intensive agriculture is captured again by vegetation in other places, but most of it escapes into the atmosphere. This shows how tremendously big the climate potential of soil management (and responsibility!) is.

Additionally, the destruction of rainforests so far has released 15% of all greenhouse gas (GHG) emissions.[8] Of course, farmed fields have significantly more erosion and hence CO2 loss than pastures. But crop fields are the distinct minority, at least half of the global “soil carbon debt” is considered to be due to pasture lands. Today, global meat (and dairy) production requires 83% of all farmland,* and causes 58% of all agricultural emissions (but only produces 18% of our food calories).[9]

* Cow milk only requires 3% of the current livestock land use.

Including GHG release from soil degradation, the food sector is responsible for about a third of the world’s annual GHG emissions, meat (and dairy*) production for 58% of that, and beef and dairy for 65% of those. Bottomline: cattle alone causes 12.4% of global GHG emissions.* That is more than all cars and vans (8%) in the world.

And there are shocking new findings about methane, which demand a further revaluation. The scales will even tip further against meat, because a recent study revealed that methane is a much more dangerous substance unhinging climate stability. Previously thought to be about 20 times more climate-active than CO2, methane is now considered to be 84 times more damaging to the climate than the same amount of CO2 over a period of twenty years.[10] This tips the scale even further against breeding and eating burping ruminants such as cattle, sheep, or goats.

Plus: Globalized food markets cause many airmiles and employ a major chunk* of the 100.000 maritime merchant ships which constantly cross the oceans. The trade fleets burn the dirtiest oil, crude oil, and are responsible for 2.6% of global heating.[11] By the way: these 2.6% are not at all listed in the IPCC calculations! Plus: release of refrigerants from global shipping (17.5 million tons CO2e) and astronomical amounts of steel to build the ships and containers, and paint.
Okay, cars also need steel and paints. But if the global food supplies would be de-globalized and produced more locally, at least regionally, a lot of the carbon footprint of insane trade could be saved too.

* Numbers are hard to find, but here is one example: US grain exports to Asia in the first ten months of 2013 comprised of more than 470,000 twenty-foot containers (doubled since 2006), according the U.S. Department of Agriculture (USDA).[12]

Structurally, the 7.1 Gt of livestock GHG emissions originate from:
• 45% feed production and processing (this includes “land use change”),
• 39% enteric fermentation,
• 10% manure storage and processing,
• 6% processing and transportation of animal products.

Sorry, but the future of humanity does not lie in eating meat. Although current eating habits don’t allow much of a future: from 1990 to 2017, the production of meat, milk, and eggs increased from 758 million to 1,247 million metric tons, and – with no regulation anywhere in sight – is expected to further increase. Already in the 1970s (!), studies showed that the production of food for a meat-based diet requires about twice as much energy (kcal) as such a diet provides. [16] (A vegetarian diet, on the other hand, breaks even.) The waste of energy on such a grand scale was only possible in the last half century because of Cheap Oil. But in a time when the biggest global challenge is how to produce (non-fossil) energy, this kind of “luxury” simply has to disappear.

To counteract this increasing burden on climate stability, over fifty scientists have called for governments in all but the poorest countries to renew their pledges to the Paris Climate Agreement by transforming agriculture. The task at hand is to set a date for “peak meat” and to diversify food production by increasingly replacing animal protein with foods that simultaneously minimise environmental burdens and maximise public health benefits. Grazing land and areas for feed production which will not be required anymore shall be repurposed as carbon sinks by restoring native vegetation cover to its maximum carbon sequestration potential.[17]

While governments hesitate, millions of people make their own food choices. Numbers of vegetarians are rising, a third of Britons have stopped or reduced eating meat, and veganism is the fastest growing lifestyle movement.[18]

The diagram shows how much the proportion of meat in the diet increases the greenhouse gas footprint of each person: [19] 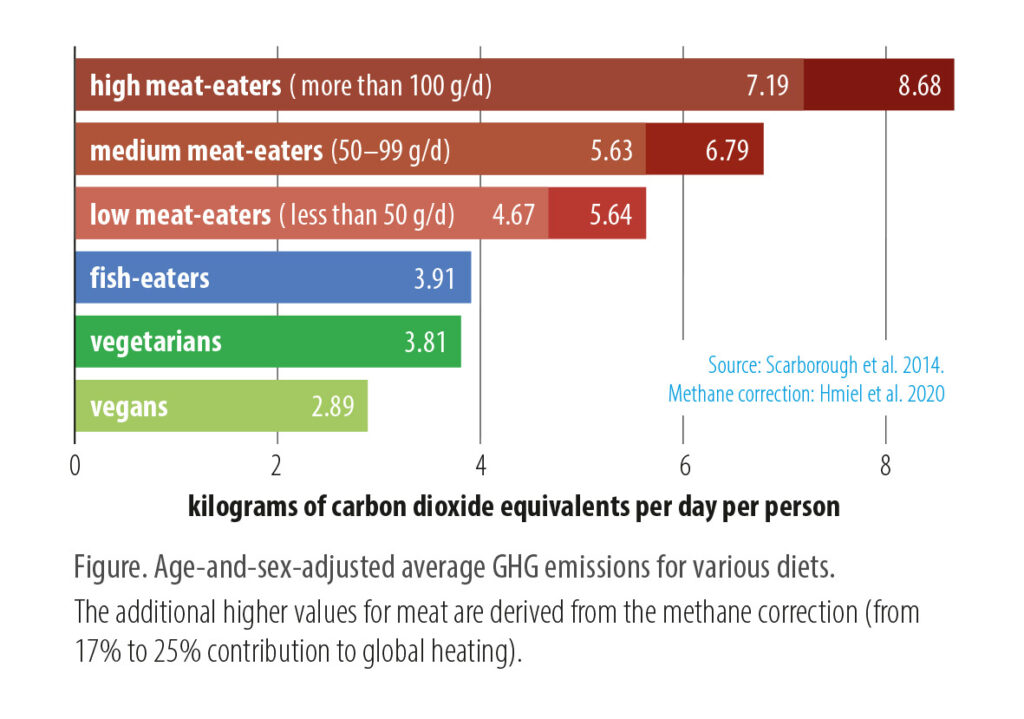 But nobody is forced to become vegetarian; simply eating less meat already makes a huge difference. For example, if Europeans and North Americans would cut their red meat consumptions by 80%, 60% of today’s pasture could be given back to wild nature. These rewilding lands would develop into effective carbon sinks, and less livestock would produce considerably less methane.

And on another note, red meat isn’t even healthy at all. The World Health Organization declared processed red meat to be a carcinogen in 2015. Still many people in rich nations eat more than the recommended amount of red meat, which is linked to heart disease, strokes and diabetes. Globally, an estimated $285bn are spent every year treating illness caused by eating red meat.[20]

There are so many great opportunities to change the self-destructive course of the human enterprise. But we need to acknowledge them before we can act and change things.

For now, European countries endlessly discuss reducing emissions from road and aeroplane traffic – which is crucially important, too, of course. But we cannot spare industrial agriculture from change.

Corona Part 2: How do I protect myself?

Corona Part 3: And now what? 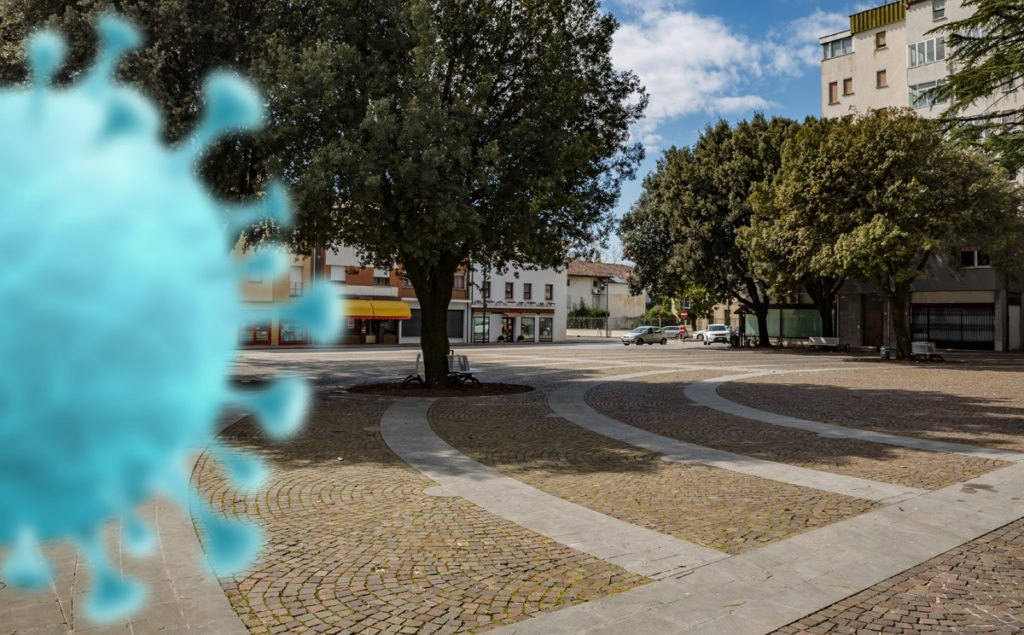 Corona Part 4: What’s on the agenda? 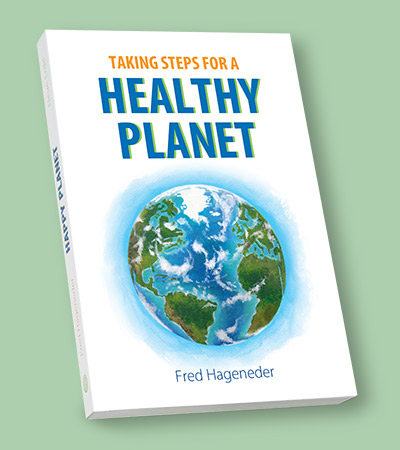 The answers to the most burning questions of our time. Uncompromising, comprehensive and easy to understand.

This book unmasks the placations and half-truths, exposes the disinformation campaigns, and proceeds to the root causes of our global disaster. Yet it spreads hope and courage, and shows how we can still change course despite all adversities: with joy towards a happy and healthy planet!

To be published soon.