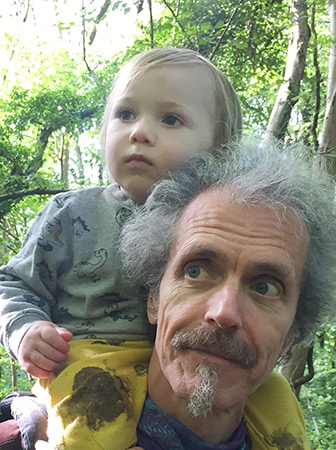 Fred Hageneder has been writing about the ethnobotany of trees, i.e. their role in the history of culture and religion, since the 1980s. His two monographs on the European yew (Taxus baccata L.) have met with broad academic approval and have led him as a speaker to international congresses in Spain, Wales and Turkey. Hageneder works temporarily as external reader (Pacifica Graduate Institute in Carpinteria, California, USA) or peer reviewer (University of Chicago Press) for ethnobotanical topics.
Visit his website The Meaning of Trees

Fred Hageneder is a founding member of the Ancient Yew Group (AYG), an independent research group working to protect ancient yews in the UK. Since 2014 the AYG has been working closely with the Church in Wales to safeguard its old yew tree population.
Visit The Ancient Yew Group

Fred Hageneder is a member of SANASI, a multidisciplinary international group of scientists who since 2013, with the support of the Open University, have been supporting indigenous guardians around the world to protect their natural refuges from land grabbing and destruction. Furthermore, Hageneder is a member of the Ecocentric Alliance, a network of university professors, ecologists, conservationists and activists advocating ecocentrism and deep green ethics.
Visit The Ecocentric Alliance